You may have been following Bob’s blogs, he is currently in Sri Lanka and in his last week he arranged an English concert at the school to celebrate all the hard work the students had put in over the last six weeks. You can catch up on his previous blogs here.  Today’s blog is the last one of Bob’s trip to Sri Lanka and is about the amazing ‘Breaking Dawn English Talent Show‘ that he put on with the help of another volunteer; Jake. From students reciting The Owl and The Pussy Cat to singing Coldplay’s yellow on stage, Bob and Jake created an amazing show for the school and the local community.

This is the first time I’ve organised a concert and at the beginning I thought maybe I was being too ambitious. But the enthusiasm from the pupils and English teachers soon made me realise this concert is going to happen. I was so proud of all the performers and their performances. They had all worked so hard to make the concert such a success. I think we gave everyone a day they will never forget. I know that I won’t ever forget the Breaking Dawn English Talent Show.

And for the finale we did the 7 minute version of Hey Jude accompanied by Grade 10 and 11 girls. We had the audience joining in the chorus and waving their hands in the air while we had some of our little helpers throwing balloons into the crowd. A very fitting finale, then after little tea party, Jake and I made our way to a local hotel for a few well earned beers.

A massive thank you to Bob and Jake who have been very dedicated throughout their projects and a huge well done from us for holding such an extravagant concert! Check out the photographs below to see what they got up to! 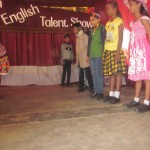 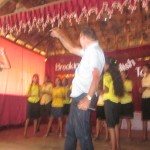 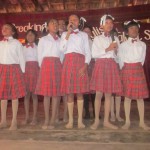 Grades 5 and 6 doing the Owl and the Pussy Cat 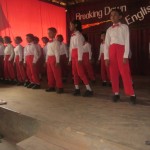 Grade 4 singing wheels on the bus 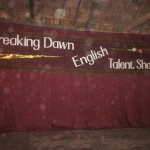 The stage for the ‘Breaking Dawn English Talent Show’ 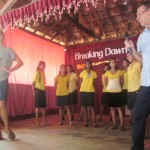 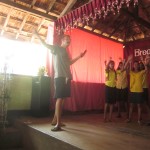 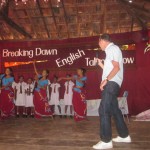 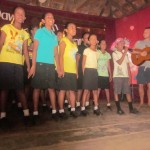