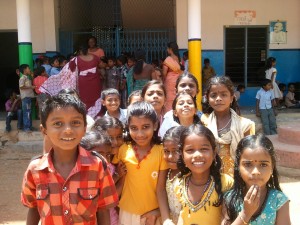 Thanks go to Elaine Abili & Kath McGuire for their photos from the summer of 2011.  Elaine was helping to develop a new project in Southern Kerala for 3 months from June 2011 and Kath was a past VESL volunteer that was working as one of our volunteer co-ordinators (who later headed out to Sri Lanka for us too).

We also have some great photos from Amy Kerr, Lauren Pluss and Eve Hadshar who all went out to Kerala in September 2011 for 3 month projects.  Lauren and Eve were helping to develop a project we began in the Autumn of 2010 and Amy helped us establish a new project.  These projects work with fishing village schools, not far from Trivandrum on the southern coast. 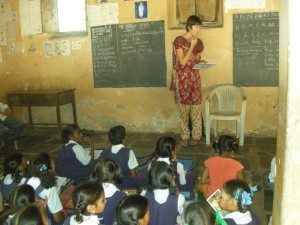 Kirsty Phillips is the pictured helping to teaching English to local school children in North East Andhra Pradesh.  Kirsty was a 3 month volunteer and started her project in the Autumn of 2011.  This project is based in an orphanage and involves English teaching in addition to pastoral care and NGO support work within the local community too. 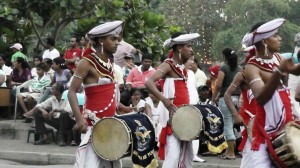 Most of these photographs have come from Lisa Eichler (thanks!) and show a mix of classroom and the surrounding countryside and world heritage site around Sri Lanka.  We also have a few photos of Bob Cook teaching English too.  Bob and Lisa are currently still on 7 month projects, started  in September 2011. 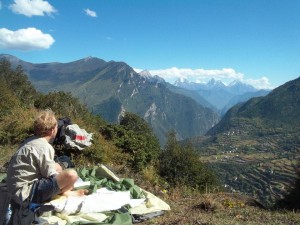 There were so many great photos to go through this year – it’s been hard to pick which to add to the gallery.  We have a great set from Hannah Pilcher & Eleanor Reilly who were both 6 month volunteers teaching English in Northern Thailand last year.  Hannah and Eleanor returned to do their final year at Aston Uni in the Autumn and signed up to return this coming summer as part of our new Student Leadership Programme which will see them lead a team of volunteers back to the area they worked in last year.

Alex Quinn also features in this gallery.  Alex, who has just been profiled in the 2012 GapTravel Guide, is out on an 11 month project supporting a school for children with special needs as well as volunteering to teach English in a local school.  Alex has also been involved in a number of ESL camps that have been arranged throughout the year.

Finally, we have a fantastic set of photos from Thomas Grunwell who volunteered for 3 months in North East Chiang Rai, not far from the Laos border.  Thomas was able to make trips into Burma and Laos during his time on project and after his project volunteering in school ended, Thomas took to his bike and cycled through Laos for a few months…  sounds like a real adventure – we’re all green with envy!

I’ve not been able to mention everyone who has featured in or supplied photos but we really do appreciate the support from you all and wish you all the best for 2012.