India: A Volunteers Guide From Start To Finish: Part One: Fundraising

By Lauren on September 9, 2013 in Blog Volunteer Advice

Becky McMullin has recently returned from a four week project in Kerala, India where she was volunteering in a primary school in coastal village near Trivandrum. Becky has written a great series of posts which we will be bringing you over the next four days about her experiences including fundraising, packing, meeting her host family, teaching and travelling! If you’re considering volunteering with VESL and wonder what it will be like, these will be a great series of posts to read!

Fundraising for your trip can seem like a daunting task at first, especially if you have studies to concentrate on, but once you get into the swing of it it’s as easy as 1, 2, 3!

The main piece of advice I would give to fundraise is make plenty of plans for a wide variety of things, and don’t be disheartened if something doesn’t go to well. 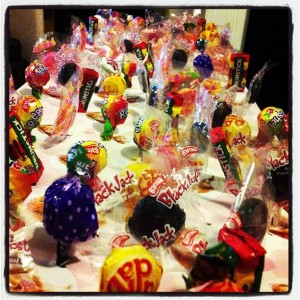 When I started, I created a ‘lollipop game’ by getting a huge cardboard box, covering it and sticking hundreds of lollipops that I bought in bulk from a cheap shop through it, some with coloured sticks coloured by sharpies. The idea was that people would pay 50p for a go, and if they chose a lollipop with a coloured stick, they got a prize. The prizes where simple kiddie things like bubbles and glowsticks, which I also bought in bulk from Wilkinsons. The kids loved it, but at a more adult orientated event you could always get different prizes, or even ask for donations for prizes from family and friends. I used this game at my primary school after contacting them letting them know about my trip and asking if there was any day they could allow me to come in and fundraise in school. I also used this game a local fun day at a pub that was held on a bank holiday, so be sure to check if there are any local events near you which you can get involved in!

The second thing I did for fundraising was a sponsored climb up Snowdon. Me and four others did this, and we actually raised a lot of money from it, as well as it being a really fun and adventurous day out! I raised the majority of the money by doing a bag back at ASDA with nine friends, this is an easy way to make a lot of money in one go if you can get a big group of people to come and help you out.

Lastly, if you know anybody who owns a company or who is a teacher at a school, use it to your advantage and get them involved! I have a friend of the family all the way in Australia who owns a nursery, and she held a full fundraising week called ‘Becky’s Dream Week’, where the children had teddy bears picnics, pyjama parties and other fun things. They were just asked to ask parents for small donations but everyone really got involved and they raised a lot of money for me. The staff at the nursery also did a sponsored walk fundraising for it!

Also, don’t forget to set up your just giving page and share your page all the time on the net, and get friends and family to share it too. One of my friends shared it on her Tumblr page and a complete stranger made a donation!

When it comes to fundraising, be creative, fearless and a little bit cheeky and you’re bound to meet your target!

← PREVIOUS POST : Volunteer case study: a home away from home
INDIA: A VOLUNTEERS GUIDE FROM START TO FINISH: PART TWO: PACKING : NEXT POST →