Starting an After School Club

There are lots of opportunities to run extra-curricula activities and it is a great way to fully involve yourself in the project. Just make sure you ask permission from the school before you set anything up.

My experience teaching English in Kerala 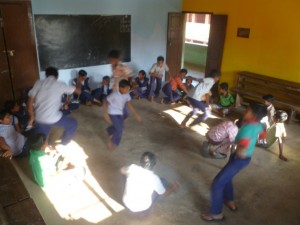 I spent three months teaching English in Kerala. The students in the English medium class that I taught (which means all their subjects are taught in English) were so enthusiastic about learning English and spending time with me that I decided to set up an English club.

Tuition is very important in Kerala, so it was important that an English club did not clash with students tuition, therefore I ran it for one hour after school with permission from the school. It was challenging at first because the relationship between yourself as a teacher and the students changes slightly as I wanted it to be more informal than in a lesson setting. As long as you show that you are in control and still their teacher it works fine!

Initially the plan was to run it once a week, but the students asked me if I could run it twice a week so I decided too. 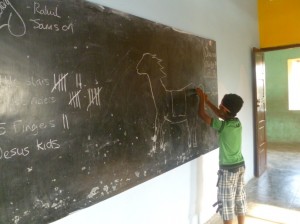 Pin the tail on the donkey

We played games that it was difficult to play in class time due to having to move furniture, like duck, duck, goose (which they love!), salad bowl and songs like ‘Wishy washy washerwoman’. We also played a game called true or false where you read statements to the students and they have to move to the side of the classroom which is labelled true or false, if they get it wrong they are out (they also really enjoyed this game).

When playing games I tried where possible to link it in with things that we had been doing in class, but really just speaking English was the goal of the club and that was one of the rules ‘English only, no Malayalam’.

Boys and girls do not generally mix in day to day Indian life, so I encouraged the students to interact more by making sure students were in mixed groups when we did group activities like charades or categories. We did games one day each week and the second day we watched a movie (just for an hour and continued the rest the following time), the students really enjoyed watching movies and I let them choose which movie they watched from a selection of four which I deemed suitable for them to watch. We then discussed the film afterwards, clarifying any parts they didn’t quite understand and chatted about what they liked or didn’t like about the film.

My one very lasting experience of English club was the day that the staff accidently locked us in school and we were stuck there for forty five minutes until they could find the person with the key, the students were totally hyper! Other than that English club was a massive success and I would recommend it to anyone, it was good to see the students having fun in a non lesson environment but speaking English and enjoying themselves.

There are lots of different clubs that you could set up as a volunteer when overseas:

Anything you are good at and think the students would enjoy doing, ask the school and give it a try!