By Lauren on October 16, 2012 in Blog Volunteer Advice

Bag packing is a great way to raise money for your target and it is relatively easy!

Why do bag packing?

It involves relatively little preparation, past volunteers have been able to raise over £300 from one days bag packing and if you are going overseas as part of a university group you can do it in a team with other VESL volunteers.

“The volunteers sent letters out to most of the local supermarkets and were offered a bag packing opportunity at Morrisons. To ensure we looked the part Katie, one of the volunteers, organised some (£15) t-shirts made with the VESL logo, our names and “Keele 2012″ printed on them, they look very swanky! With help from a few friends and family the bag pack went on from 10am until 4pm and in total the volunteers raised £324, which isn’t bad going for a day’s work!” Ethan Clarke, Student Leader 2012. 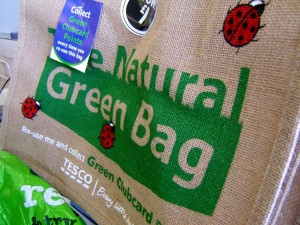 Time to do some bag packing…

You will need to get permission from the supermarket first, so send out letters to your nearby supermarkets explaining your project and why you are going overseas, try and give as much notice as possible and think when supermarkets might be busy (Christmas, Easter, Saturdays) to optimise the amount of people you can reach. When sending out your letter to supermarkets, make sure you attach your letter from VESL stating you are a volunteer, you could suggest some dates you would like to do the bag packing and how many people will be helping you. Generally it is the local store manager who will say yes/no, so address your letter to them or pop in first and have a chat with them.

What do I need to do to prepare?

Assign each of your helpers a till and a donation box, ask them to speak to each customer and ask if they would like their bags packed and explain a bit about the charity/your trip (make sure your helpers know enough!), once you have packed their bags ask for a donation – every little helps!