Start off the term back at University with a Film Night showing films related to your destination country!

Added bonus – you can make your friends jealous of your exciting summer plans! 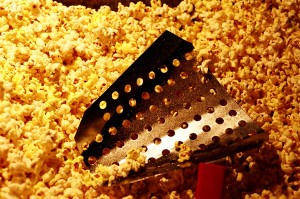 Time to get popping

You could hold the event at your house if there is enough space and you aren’t inviting too many people. Alternatively you could ask if you could hire a room in a university building, a village hall or other community space.

You could either set a donation amount or leave it open for people to decide how much they want to donate. Providing popcorn and some drinks (cheap drinks like squash are ideal) might help encourage people to attend.

Advertise your event to your friends. If you’re holding it at a bigger venue you could see if they could also do some advertising whether that is through your Student Union or through your local community (newsletter, notices in local shops etc).

Remember to make the most of your event, you could also hold a raffle at the same time, or have a small cake sale too…Every little helps!

What shall we watch?

Check out our ideas for films you could watch depending on which country you are going to below: