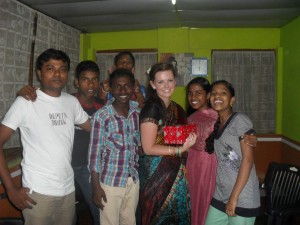 Lucy Allcock nominated for Volunteer of the Year Award

Lucy Allcock volunteered in Kerala last summer for six weeks in a primary school and made a huge effort to become involved in the local community through running additional classes for her students from sports clubs to English clubs. Lucy also became involved with the local NGO where she helped to run classes for undergraduate and upper high school students to assist in improving their conversational English.

Lucy has continued to show her commitment to VESL since returning from India and will be a Student Leader for a team of six Edgehill volunteers going to India this year. 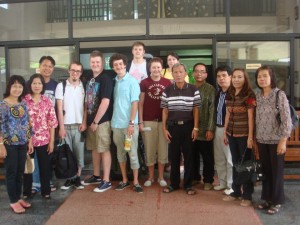 Edgehill volunteers nominated for Group of the Year Award

Our team of Edgehill volunteers who went to Phayao, Thailand last summer include James Hallworth, Lucy Haworth, Richard Booth, Joe Needham, Josh Emptage and Natalie Morris. They were our first group of volunteers who worked in Phayao Province and due to their hard work and dedication we are able to send volunteers back to schools in the area, in fact their work was so well received there has been a massive demand for volunteers in the Province and we will be sending volunteers to five new schools!

James Hallworth and Lucy Haworth have continued to show their support for VESL and will be leading two teams of nine volunteers each to schools in the Phayao Province.