Lauren does The Major Series

Lauren, our Programme Manager, has (bravely? stupidly?!) decided to sign up for the Major Series in 2013 to raise money, it is taking place on the 9th March in Tunbridge Wells. 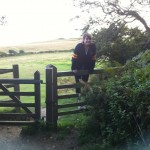 Time to start training in the big outdoors…

If you don’t know what the Major Series is, it is a MAJOR CHALLENGE (according to the website!), involving running, mud, water, hills and obstacles. I am regretting it already, so any brave sole that would like to JOIN ME on this mad adventure just send me an e-mail ([email protected]) after all the more the merrier! So far there is a group of four people participating for VESL, but the more people who join the more money we will raise!

You can sign up on-line here. This is a great opportunity to do something a bit different and at the same time raise money for the Wild Fund! What’s stopping you?! Join me now!